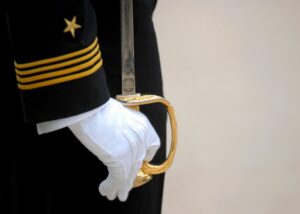 I have been to Washington D.C. many times over the years. I had the privilege of going to Arlington National Cemetery on one visit. I will forever remember these 3 things.

Changing of the Guards

First, I was witness to the changing of the guards on at the Tomb of the Unknown Soldier. “Twenty-four hours a day, soldiers from the 3rd U.S. Infantry Regiment, known as “The Old Guard,” stand watch over the Tomb. The Tomb Guard is also known as the Sentinal. He marches exactly 21 steps down the black mat behind the Tomb, turns, faces east for 21 seconds, turns and faces north for 21 seconds, then takes 21 steps down the mat and repeats the process. (The number 21 symbolizes the highest military honor that can be bestowed, the 21 gun salute). Next, the Sentinel executes a sharp “shoulder-arms” movement to place the weapon on the shoulder closest to the visitors, signifying that he or she stands between the Tomb and any possible threat.” When changing guards the relief commander conducts a detailed white-glove inspection of the weapon, checking each part of the rifle once. Then, the relief commander and the relieving Sentinel meet the retiring Sentinel at the center of the black mat in front of the Tomb. All three salute the Unknown Soldiers who have symbolically been given the Medal of Honor. The relief commander orders the relieved Sentinel, “Pass on your orders.” The current Sentinel commands, “Post and orders, remain as directed.” The newly posted Sentinel replies, “Orders acknowledged,” and steps into position on the mat. When the relief commander passes, the new Sentinel begins walking at a cadence of 90 steps per minute”. This is impressive to see in person. It is with such honor, dedication, and formality that you can not help to be moved.

Second, while at the tomb I was witness to one of natures less than brightest individuals at work. A poor tourist trying to get a better picture decided to duck under the chain and walk towards the tomb. NEVER. DO. THAT! I was engrossed with watching the soldier walking and the precision of his every move I did not even see the person until his mechanical movements shifted and he turned his back towards us and bellowed out across the yard. His bellow was so loud I all but jumped out of my skin. He commanded such authority in the way he spoke and the words he used a rational person would have stepped back. Well not this less than bright tourist. He continued to walk towards the tomb. Again the guard yelled another warning and proceeded to take a few steps and you could hear him do something with his gun. Though he was carrying a gun, it is unknown whether or not the gun was actually loaded. Although the only person who needs to know if the gun is loaded is the guard himself.  Thankfully it was at that time the tourist decided it was not worth the picture. Upon doing some research I was able to find out that the only time a guard will break the routine of the steps is to call out to a trespasser, a person who is sitting during the changing of the guards, or if someone or a group is being loud and disrespecting.

Being Laid to Rest

Third, as I was walking around Arlington National Cemetary I was witness to a solder being laid to rest. I saw the flag-draped casket. I saw the young sobbing widow. I also saw her children beside her. I did not want to intrude so I did not say in the area long but I was sure to take a hard look at the price of my “freedom.” I don’t want to forget that feeling I had. Knowing my freedom came at the cost of their life. Freedom is rarely free.

If you are in the D.C. area I would encourage you to make a visit to the Arlington National Cemetery a priority to your visit. D.C. is full of many great monuments and sites to see. However, none will leave quite the same impression on you like the white-lined graves of those who served so bravely.

“Those who cannot remember the past are condemned to repeat it.” George Santayana 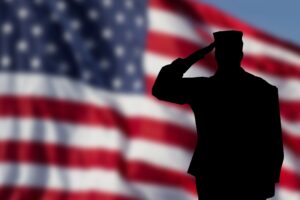