Camp Story, View from the chair 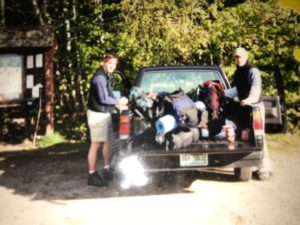 Ok…another camp story here. Many years ago…seems like ages my two friends from camp Bob and Cris were talking about hiking a 4000 footer on an overnight trip. Somehow I thought it would be a good idea for me to join. Now…in my college years, I was very active. But I am more of a water person. Swimming, aqua aerobics, waterskiing. You get the point. I have done a few overnight hikes but it was more like walking with a slight incline at the end. So a real 4000 footer! How exciting! Cris and Bob were great guys. Athletic. Handsome. Funny. The kind of guys who could run a marathon and come out making it look like they spent the day at the beach. Me…I get exhausted sitting in traffic rerouting around the marathon. But yes! I was in. We planned the trip. I dusted off my pack and we got ready. The plan was to hike up Mount Whiteface, camp the night, then cross over to Pasaconnaway and come down that side. Looking at the trail map Blueberry trail was the best route. Blueberry trail. How lovely. I picture myself jaunting through fields of blueberries being cheered on by woodland animals. Ahhhh. A real Disney moment. So not even close to how it went down.

We get to the trailhead at 6 AM. Super excited. A sunny day perfect for a hike. We start. We are walking…walking…walking. You get the picture. After about an hour…AN HOUR Cris looks at the map and realizes we had taken a wrong turn. WHAT!!! Turn around another hour to wind up back where we started! This time the trail was more up. My dream of frolicking in a field of blueberries quickly vanished the further into the trees we go. Hiking…hiking…hiking. Now Cris and Bob were really good friends. So kind to me. I am plodding along like a pregnant elephant while they seem to be sprinting up the mountain like gazelles. Every once in a while I would find them sitting on a rock talking and waiting for me. NO judgment in their faces. Just encouragement. I would catch up to them and ask if I could take off my pack and they would both say NO every time! Just keep on going they would say….so I did! Face beat red…I keep going. We finally break into a clearing. We can see for miles all around. It was a rock ledge on the side of the mountain. A perfect view of God’s creation. FINALLY, they allow me to take off my pack. It was time to grab some food. I am thinking it was around 11. 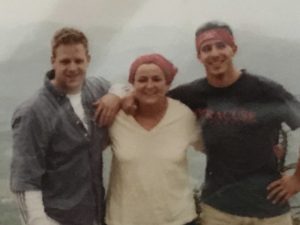 Check of the time it was 3:30! I have been walking FOREVER!!! The boys take out PB&J sammies and are chatting. We start taking pictures. In this picture, you will see they look like they are supporting me. They kind of are! My legs are all jello! Yet they have the energy of a puppy just woken up from a nap. They decided they were going to go on ahead and see how far up the summit was. Now…in my normal right mind, this would have sounded alarms in my head. Being left alone in the woods? Alone? Bears? Serial Killer? Some mountain man who would drag me back to his cabin to be his wife forced to wear flour sacks for the rest of my life? But as you can imagine I was not in my right mind. At this point go ahead and let a bear eat me. I would not even bother to run. Why die tired? I agreed to stay back and rest. They left me with a PB&J sammy to eat while they were gone. As soon as they were out of sight I threw the sammy off the cliff and flopped back on my pack and fell fast asleep! I mean dead to the world in the middle of the trail. I honestly did not care! People are stepping over me. Sound asleep. Meanwhile, they have made it to the summit. I guess while they were up there, others joined them and several of them asked if anyone knew who the lady was passed out about a mile or so back? They sheepishly claimed me. Told everyone I was fine. That they would go back for me. One guy whom they were sharing stories with shared the story of how he almost lost his dog on his hike. Course the boys were very intrigued as to how that could happen. The guy said they were hiking a small breakaway and suddenly a sandwich goes flying past his dogs head. The dog being a dog decided to jump for it. The guy said if his dog was not leashed he would have jumped right off the cliff going after this odd-looking PB&J sandwich. Well, the guys knew right away that it was I who threw the sammy and could not wait to throw me under the bus when they went back for me! Come back they did. Actually, that little rest gave me the second wind I needed. We scrambled up to the top. And my scramble I mean hand over hand climbing up a rock wall. It is not called Mount Whiteface for nothing. The best thing was when I arrived at the summit I got a round of applause from all those who had gone before me and stepped over me! The summit was amazing! It was worth the pain and effort to get there. 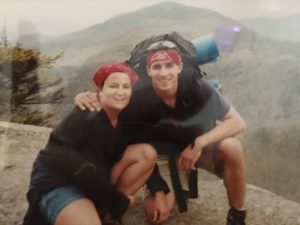 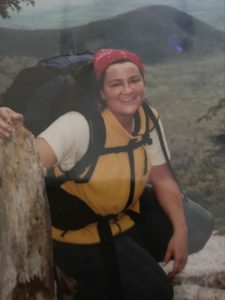 We spent the night in a very breezy lean-to. Had more holes then planks but we did not care. Snuggled deep into my sleeping bag just as dusk was giving way to night. There was a gentle rain falling but we did not care. We were safely covered and soon fell asleep. The next morning we woke to bright skies and a lovely trip across the mountain and a fun climb down Passaconaway. The climb down was far easier than up but that is true with just about anything in life! Crossing logs over streams. Posing for pictures. Finally come back to Bob’s truck. All three of us crammed in the front of the truck. Smelling oh so fresh! None of us cared. I certainly didn’t. It was a trip of a lifetime. It was made especially fantastic because of the guys I was with. No judgment, no rolling eyes, simply encouragement, and praise. A great time of fellowship between fellow Christian brothers and sister enjoying the great creation God has given us! 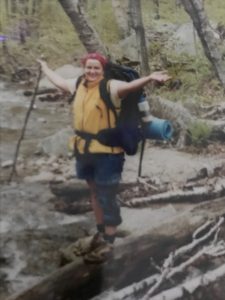 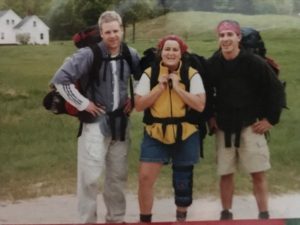 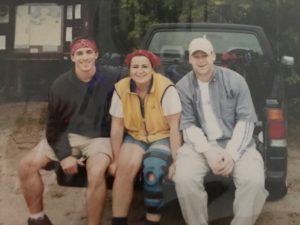